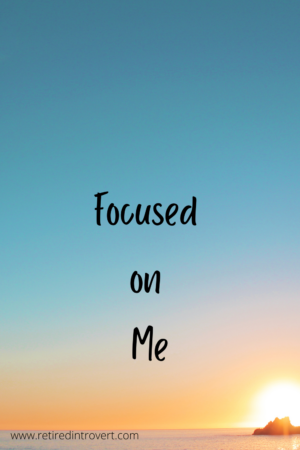 I initially wrote the first draft of this post over a year and a half ago. Shortly after that, my life changed dramatically and the focus had to shift to others. But I hope I’m back on track now. I’ve edited my original writing and updated it to be more current.

Have you heard of the “pain thermometer”? I’m not talking about physical pain but emotional pain. Years ago, when I was working, we often had a local psychologist speak to us about change, and how you had to reach a certain level on the pain thermometer before you were ready.

I’ve reached that point with my weight.

Let me give you a little history first. Eighteen years ago, I went through a similar experience. I was fed up with how I looked and how difficult it was to find a pair of jeans that fit!! It was tough because growing up, I actually wanted to gain weight. So, I was used to being able to eat anything I wanted. I reached a “ten” on the pain thermometer and became very disciplined with my exercise and eating.

I eventually lost 35 pounds. It didn’t happen overnight. Although I did lose about 18 pounds fairly quickly, it took over a year to get to my lowest weight. It helped that at that time I was drinking orange juice every morning and regular Pepsi every day. Once I cut both of those out, I lost the easiest pounds.

This time – a year and a half ago

Up until then, most of my efforts were half-hearted. I’d eat well for a few days and walk a little bit, but then I’d be right back eating all the wrong things and I’d stop walking. I could blame the eating on Tim, but that wouldn’t be fair. I need to have willpower, no matter the temptations.

I made positive changes for a while – eating and exercising – and then Tim had his injury. He was home every day and we were fighting over who could use the treadmill because he didn’t feel comfortable running outside. We both like to get it done in the mornings.

Then my mom had her fall and brain injury. There were months of up and down and never knowing what I’d be doing each day. Tim took over the grocery shopping and most of the cooking. When we didn’t feel like cooking, we’d grab whatever we could for meals. It was a bad cycle.

I was doing better over the summer but then my mom spent nine days in the hospital at the end of July and that completely set me back. No time to exercise and eating was hit and miss.

Last August, I became aware of an eating plan that could help me get back on track. Earlier in the summer, a friend of mine introduced me to a company called Melaleuca. It’s an online “store” that sells natural products. They were promoting a diet plan called R3 – Reset, Reintroduce, Real Life.

I was very disciplined with the plan the first two weeks and I lost 5.4 pounds and 8.25 inches. After six weeks, I’d lost 8.2 pounds and 14 5/8 inches. I started walking with a goal of 4 times per week with distances between 2.5 and 3 miles.

Initially, it came off pretty fast, but I’ve kind of plateaued since November. I’m not letting that discourage me. You see, I’ve done this before so I know what to expect. That definitely helps me mentally. And I keep thinking about how I’ll feel when I get to where I want to be. I know that feeling too.

Even after the first 5.4 pounds, I felt better about myself. And while I’m not doing as well as I could, as of March 22 I’d lost a total of 14.2 pounds and 21.75 inches. I’m looking in my closet with a fresh perspective. I’m pulling out a few things I haven’t worn for a while. While I’d like to lose at least 15 more pounds, I’m encouraged. I’m feeling more self-confident and good about myself.

I have good and bad eating days, but I don’t let the bad ones change my overall behavior. I am faithfully walking 4 times a week. I’ve had a few nice outside walks this spring and I can’t wait for our temperatures to stay a little higher so I can regularly move my walks from the treadmill.

I don’t want my retirement to be about letting myself go. And while I’m doing this for me, I want my husband to be proud to call me his wife.

As hard as losing weight can be, maintaining it is even harder. I know that from experience too. How do you think I got into this mess again? That’s why I have to think of this as a lifestyle and not a diet.

I’m not saying I can’t ever eat sweets again. I love them far too much. But they will have to be for a special occasion or I’ll have to stop after one cookie instead of eating three without thinking. See, my problem is stopping once I’ve started.

I’m better off if I eat none of those things, which is what I try to do. It was a little tough during the holidays but I was pretty careful. The last time I did this, I didn’t start until the first of the year so I got all of the holiday eating out of my system.

It feels good to focus on me. There’s definitely an aspect of wanting to improve my appearance, but it’s much more than that. I want to feel healthy and confident. And after my last doctor’s appointment (read this), I definitely need to watch my sugar intake.

I want to feel good about myself again. I want to look in the mirror and like the person I see. I am definitely worth it!!

21 thoughts on “Focused on Me”